Lindley Liberal Democrat councillors have demanded a solution to the long-standing issue of flooding at Heatherleigh Recreation Ground.

The site at Lindley Moor, which includes playing fields, has experienced significant flooding issues in recent years, with some locals blaming the flooding on development at an adjacent site.

The lower half of the playing fields is often flooded, and some residents and users have blamed the adjoining 65,000sq ft warehouse and office development, known as Summit 24 Business Park, which was built earlier this year on land fronting Lindley Moor Road.

The flooding on the playing fields has resulted in the pitches being unable to be used at times. Amateur rugby league club, Lindley Swift, who lease the fields from Kirklees Council, have said that they will have to concede fixtures if the players are unable to train there.

Local residents have contacted local councillors, including Cllr Richard Eastwood and Cllr Cahal Burke, to voice their concern as well.

While there have been issues of flooding in the past, in large part because the land is clay, many locals argue that the flooding has been more of a problem in recent years, with the nearby developments exacerbating the problem.

In tackling the problem, one suggestion is that a bund could be formed on the perimeter of the site, to act as a flood barrier, and to alleviate water run-off into the fields.

“We need action and a solution to this as soon as possible, because flooding continues to be a concern for local residents and users of Heatherleigh Recreation Ground.

It’s difficult to know exactly why the flooding has got worse in recent years. There needs to be work done urgently to ascertain whether the flooding is linked to the nearby developments, or whether there are other causes.

I will continue to liaise with council officers, and also listen to local residents and users. In developing a solution, I would also welcome input from the local developers. I hope that we can identify money to carry out some assessments at the site sooner rather than later.” 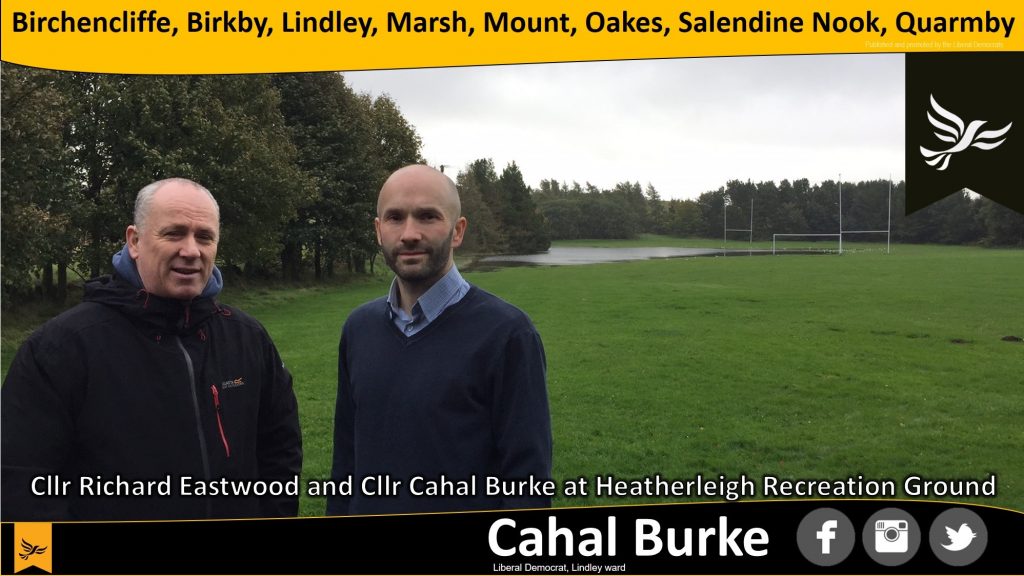